Welcome to our new website & development initiative ‘The Javelin Throw’. As we develop our venture, you will be able to benefit from some great technical content, training tips and advice as well as keep up to date with the other services we will offer such as our podcasts & blog posts featuring high quality guests or simply visit our store to see the great merchandise that we will offer, including training equipment etc. We are really passionate about creating a global community that caters for everyone in this great event. A platform for sharing stories & experiences, hopes & dreams. We believe that our discipline, is one of a kind and the most exhilarating Track & Field event. We want to grow this discipline into a truly global experience, encouraging the many others who are involved with this great event to come on board and be part of something special.

We love our event and we truly hope you will stop by and share your love also! Thanks for stopping by! 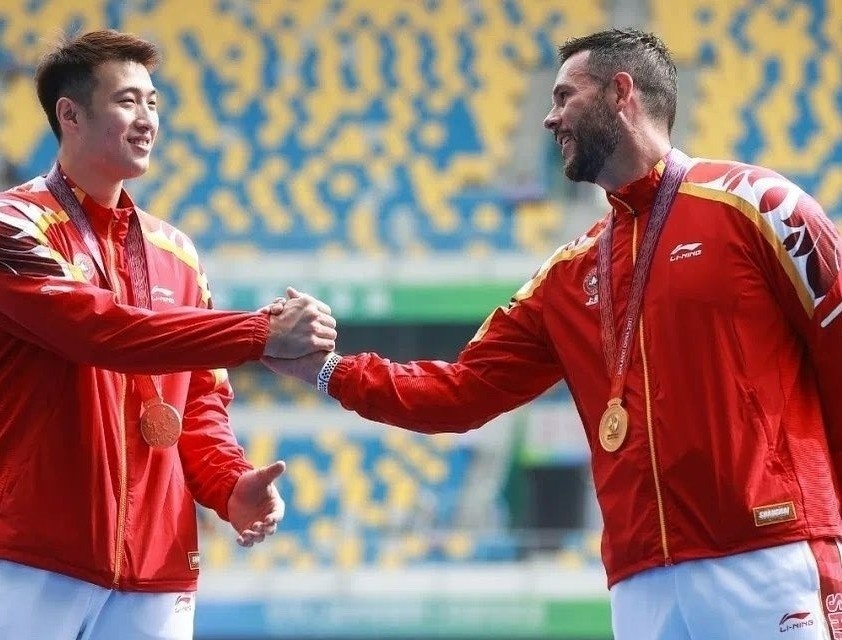 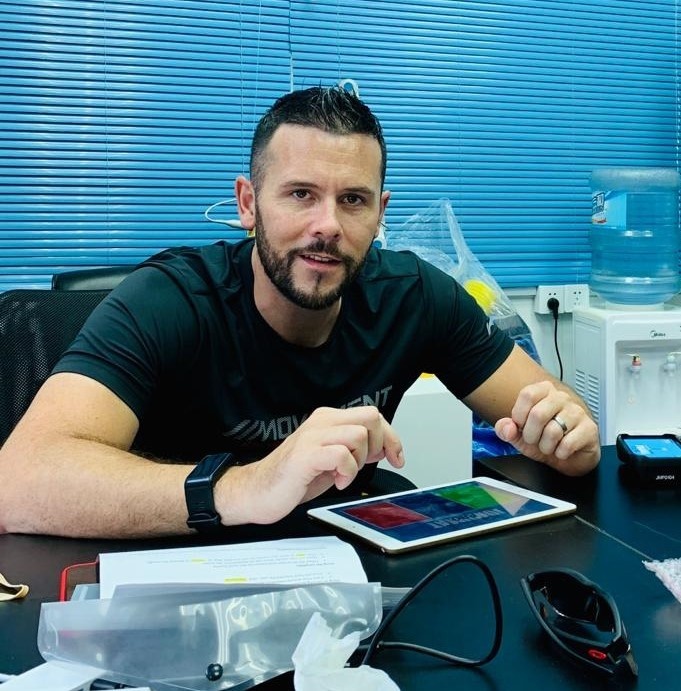 David is the National Men's Head Javelin Coach for the Chinese National Team as well as the Lead Javelin Coach for the Shanghai Provincial Track & Field Team. Athletes he coaches include the current Chinese National Champion, Xu Jiajie who had a breakthrough year in 2021 throwing 84.54m. He previously delivered extensive Strength & Conditioning services to Track & Field athletes across all disciplines, both Provincially and Nationally. It was from China, along with his business partner and co-founder, Ankoor Bhattacharjee based in India, that their new venture ‘The Javelin Throw’ or TJT as they refer to it, was born.

In addition to his day-to-day coaching role, David is also the joint owner & director of Nordic Sport (UK) Limited & Sightline Performance Limited which he co-owns with his brother Andrew. Previously he was the National Performance Institute Coach for Throws with British Athletics and the Lead Throws Coach at Loughborough University. He has also worked as a National Coach Mentor with England Athletics between 2012 & 2017 and prior to that was a Senior Strength and Conditioning Coach (S&C) at the English Institute of Sport (EIS) based in Yorkshire working with a broad range of Olympic and Paralympic Sports. From October 2006 ‘til July 2010, he worked with GB Volleyball and GB Handball, subsequently working with the sports of British Diving and England Rugby League from August 2010 until March 2013.

He graduated with a Masters Degree in Sports Biomechanics from Loughborough University in 2005, specialising in ‘The Javelin Throw’ and to this day continues to underpin his now well-established philosophies with scientifically valid arguments. He also has a wealth of international experience as an athlete performing at a high level which included winning Gold at the 1998 World Junior Championships in Annecy, France as well as representing England at the 2006 Commonwealth Games in Melbourne, Australia.

David has been involved in sport as an Athlete, Coach & Practitioner for 18 years, most of which has been spent in High Performance (HP) sport. He is professionally accredited through the United Kingdom Strength & Conditioning Association (UKSCA). Within that time as a Performance Coach, he has vast experience coaching athletes at grass roots level in schools/ clubs through to high quality International Athletes, coaching both athletes with a disability & able-bodied athletes in a broad range of disciplines.

David is a highly motivated Athletic Performance & Strength & Conditioning Coach possessing excellent leadership and interpersonal skills as well as a broad range of experiences working with both coaches, developing athletes and high performers of varying ages and abilities across a broad range of sports. David is a sports enthusiast with a predominant background in Performance Coaching for the Javelin Throw where he specialises in the development of Strength & Power, Weight Lifting for Sports Performance & Strength Diagnostics as well as having a huge passion for the coaching processes which contribute to the development and outcome for high performing athletes. David is confident with presentations & training workshops having delivered to a diverse range of audiences all over the World. He also has a significant amount of experience in group leading with his experiences including leading the Great Britain U23 Track & Field Team at the European U23 Championships, held in Bydgoszcz in 2017. David is able to conduct complex needs analyses for a wide demographic of athletes, coaches & teams and is experienced in strategic resolution and motivating others.

He is a proud family man as well as a keen Footballer, Golfer & Skier and is a lifelong Liverpool Football Club fan. 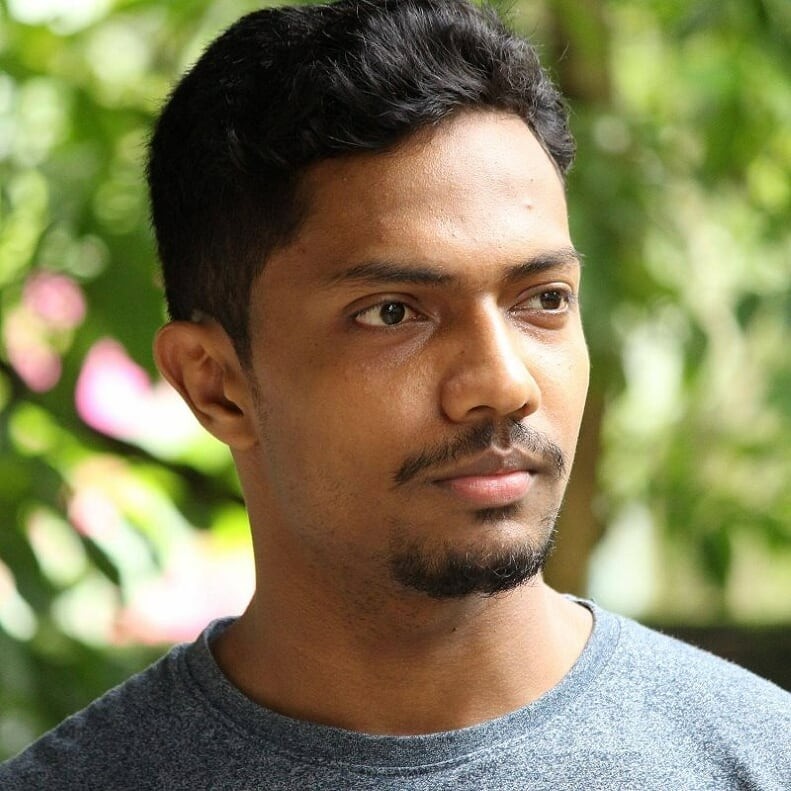 Ankoor is a professional Performance Coach from India. He has a B.Tech from the National Institute of Technology (Silchar, India) He’s also a National Strength & Conditioning...

Ankoor is a professional Performance Coach from India. He has a B.Tech from the National Institute of Technology (Silchar, India). He’s also a National Strength & Conditioning Association (NSCA) Certified Strength & Conditioning Specialist (CSCS). His field of interest is breathing and its influence on health, movement variability, gait and performance: all of which are critical components when striving to optimise the performance outcomes in throwing the Javelin.

He is currently pursuing Postural Restoration Institute certifications which he is already utilizing with some of the most promising Javelin Throwers supported by TJT and with his background in Cricket both culturally & professionally he’s motivated by helping members of the general population, cricketers & of course Javelin Throwers achieve their respective goals.

Ankoor’s primary role in ‘The Javelin Throw (TJT)’ will be to help our elite Javelin Throwers as well as provide education for Javelin Throwers of all ages and levels in achieving optimal performance at each stage of their development as well as to mitigate the injury risk, which comes along with taking park in this challenging event. He’ll also be in charge of ‘TJT Education™’, hosting our brand new podcast series ‘The JavKas©’ as well as editing our online articles through ‘The Javelin Journal©’ & moving forward to our webinars & other educational offerings in the future for TJT. 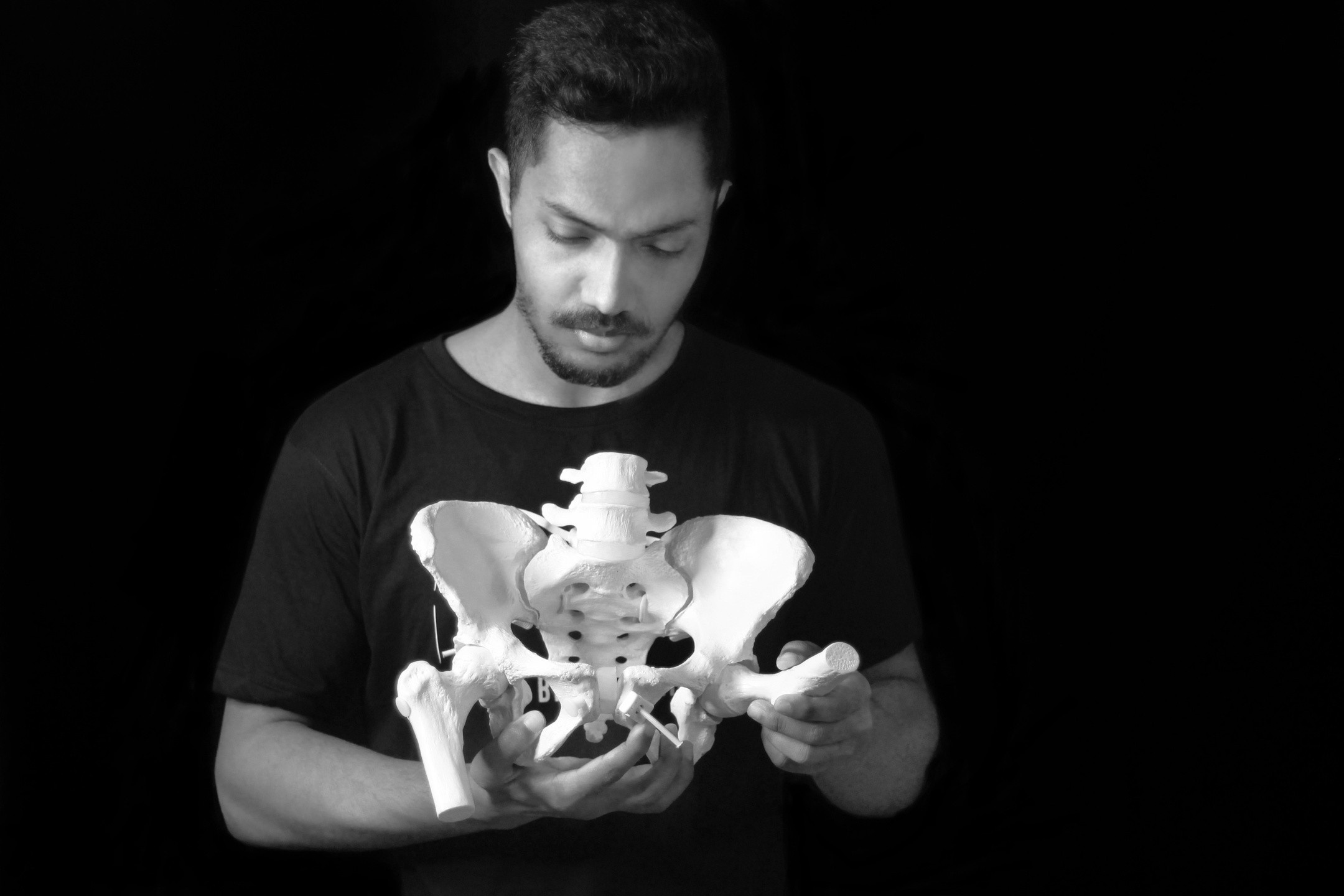 TJT Restorative Movement© is a service provided by The Javelin Throw, headed up by our co-owner & movement specialist, Ankoor Bhattacharjee (fractal.biomechanics). 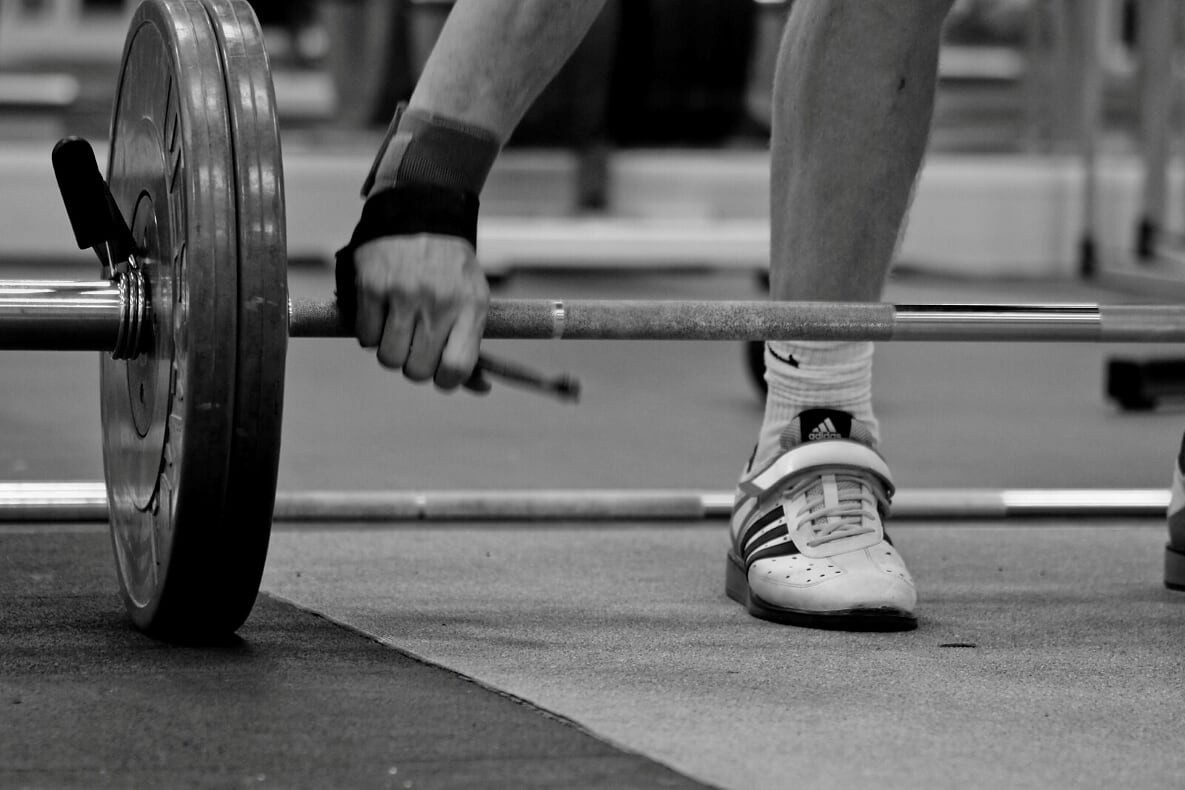 Take advantage of our free 'TJT Taster©' training programme to help kickstart things & get a feel for the services we offer. 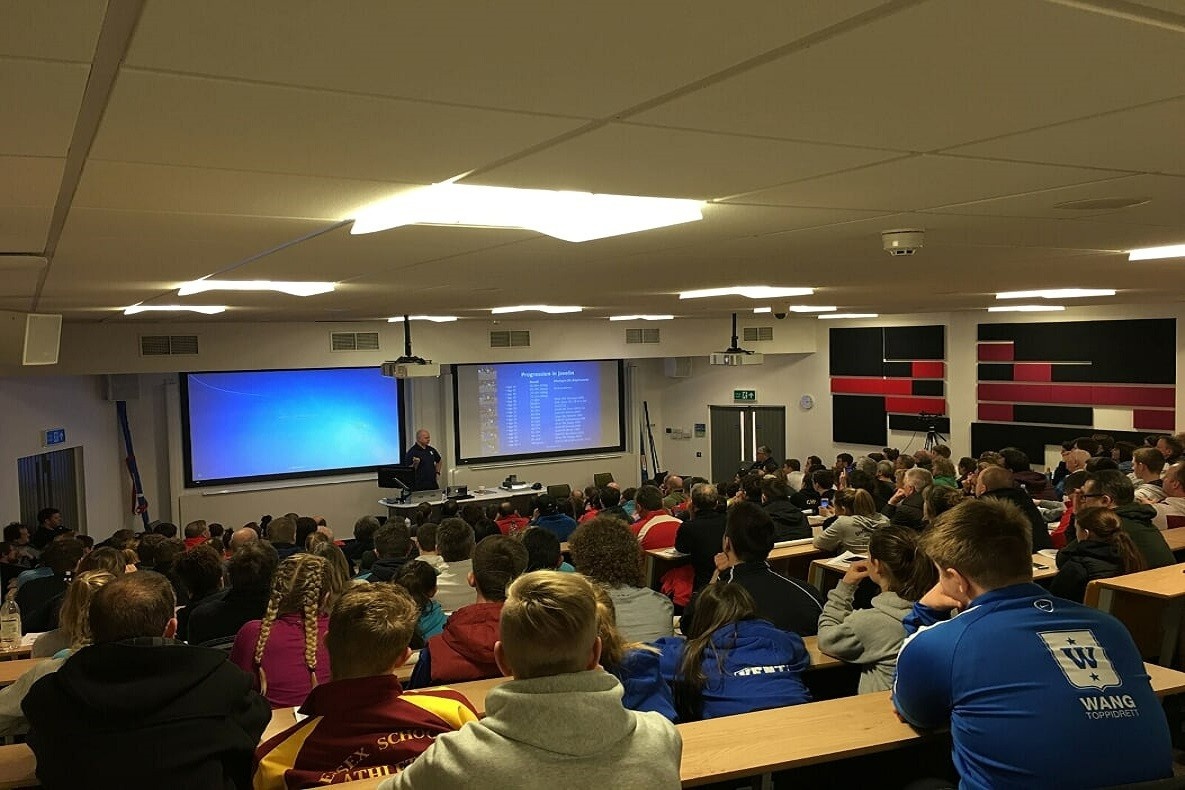 A monthly (based on a 4 week cycle) training programme delivered to you via our state of the art coaching/ training platform. 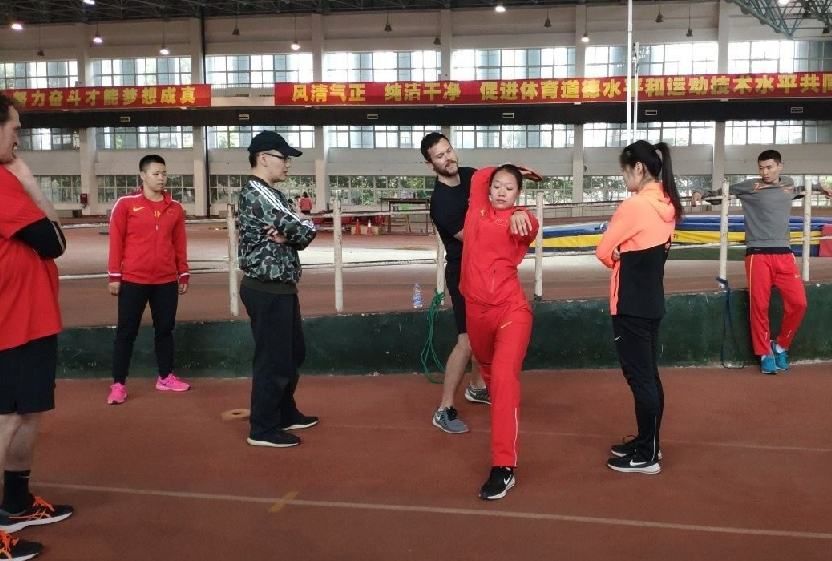 This is a virtual coaching service which includes a 5 weekly training programme delivered to you via our state of the art coaching/ training platform. 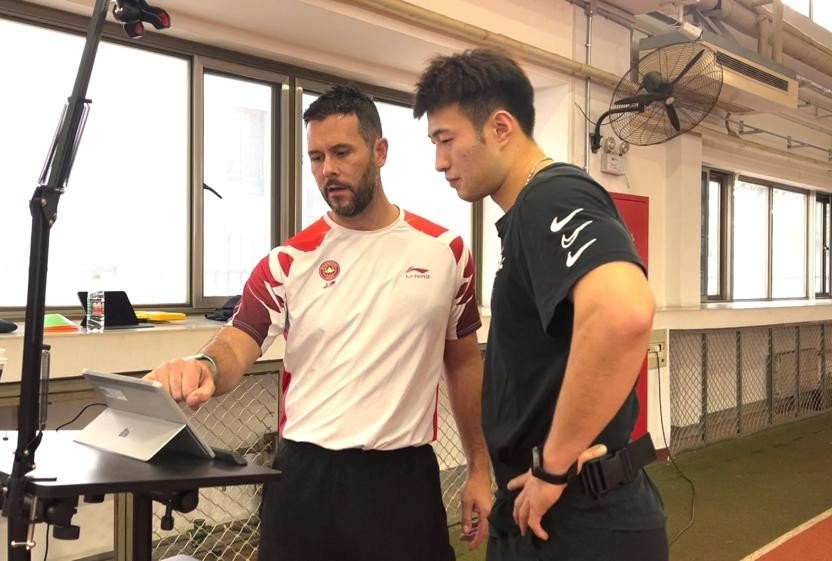 This is a FULLY BESPOKE virtual (or in person) coaching service with a 12 month minimum sign up. For this level of service there will be a maximum of 10 places available each year. 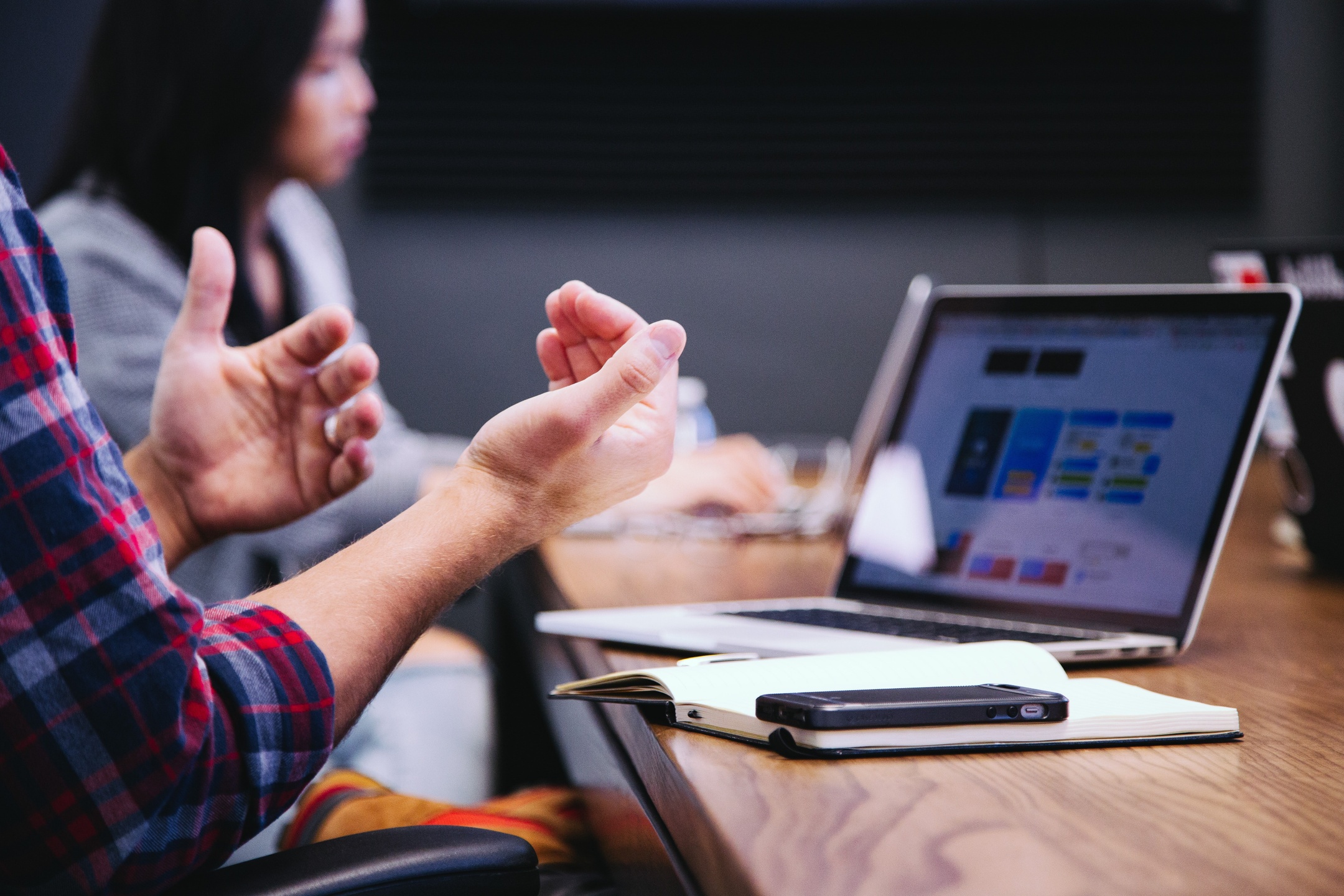 The first time I heard about Coach Parker (David) was in March 2019after a friend of mine recommended me to take a look at the “thecoachparker” Instagram page.

I have been following David’s work for a number of years as well as being a student of Javelin Throwing. 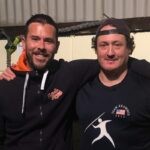 I first met David in 2010 at the 40th Anniversary of the Pihtiputaan Keihäskaarnevaalit held annually in Finland.

Since then we stayed in contact and subsequently started working 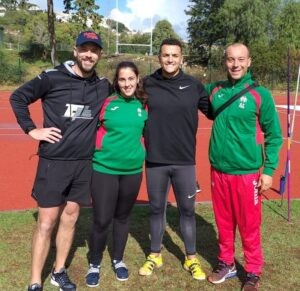 The two times that David has been in Portugal, we had the opportunity to get in touch with his ideas and they were moments of great learning!  I particularly liked the biomechanical… 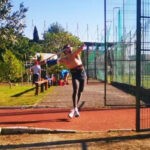 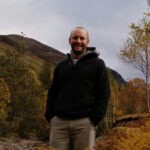 David has been a great help to me and my athletes the past few years. His technical knowledge and experience in the Javelin event are World Class, and his passion for… 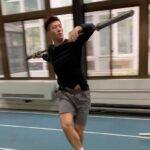 From February 2019 to the end of the 2019 season, I began to receive David’s training and guidance. Based on my physical development and the results of the training process… 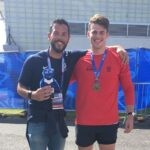 Stay tuned for our podcast series, The JavKAST©,
with high quality guests & content, coming to your ears
every week of the year! 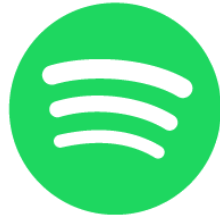 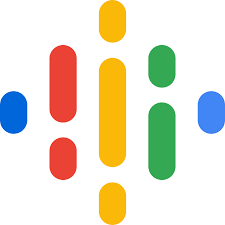 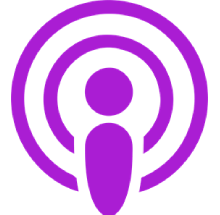 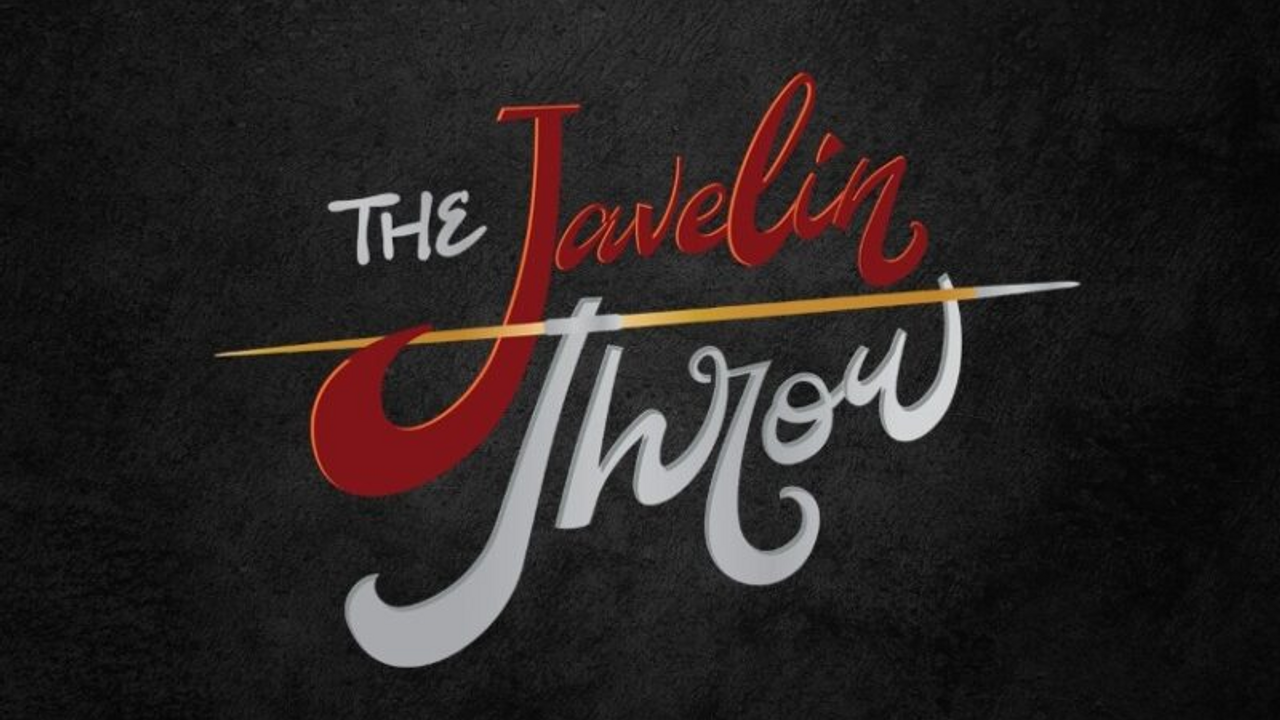 WELCOME TO ‘THE JAVELIN THROW'

TJT has been conceived and developed by a collaboration of Javelin Coaches, former High ... 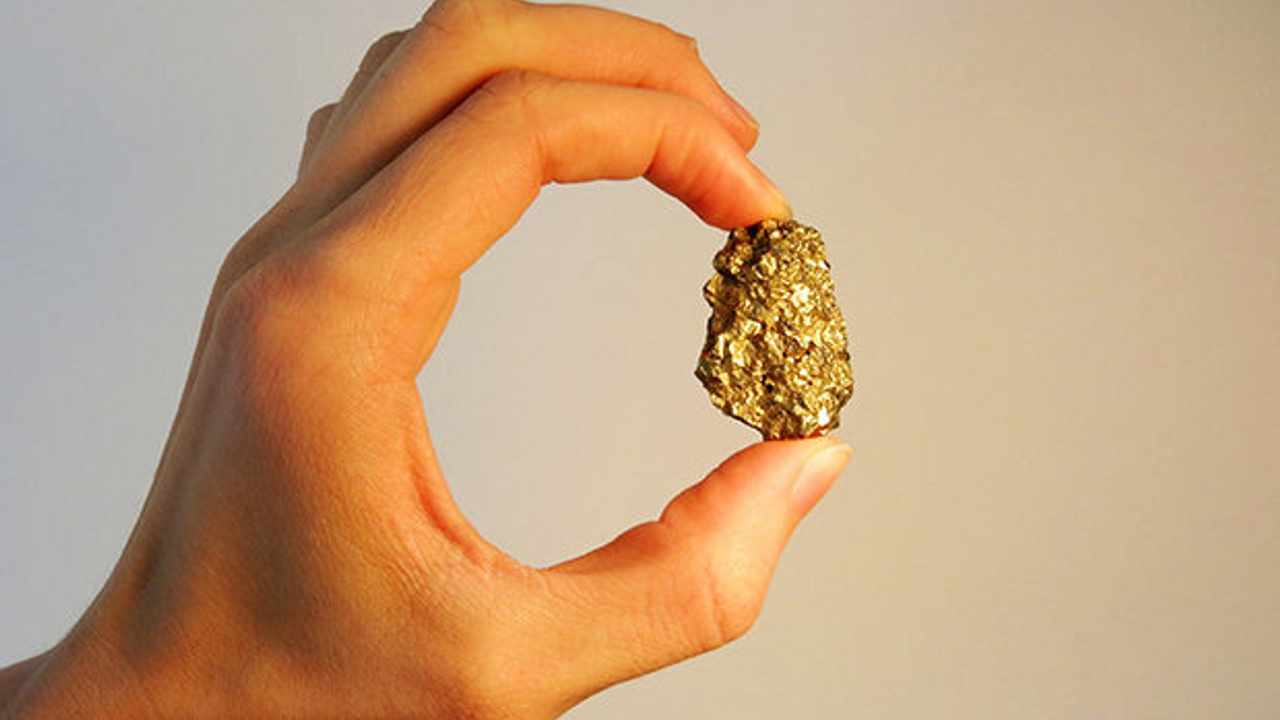 CAN YOU TELL ME ‘THE GOLDEN NUGGET?’

A question I get asked on a regular basis, as I am sure many other leading protagonists ... 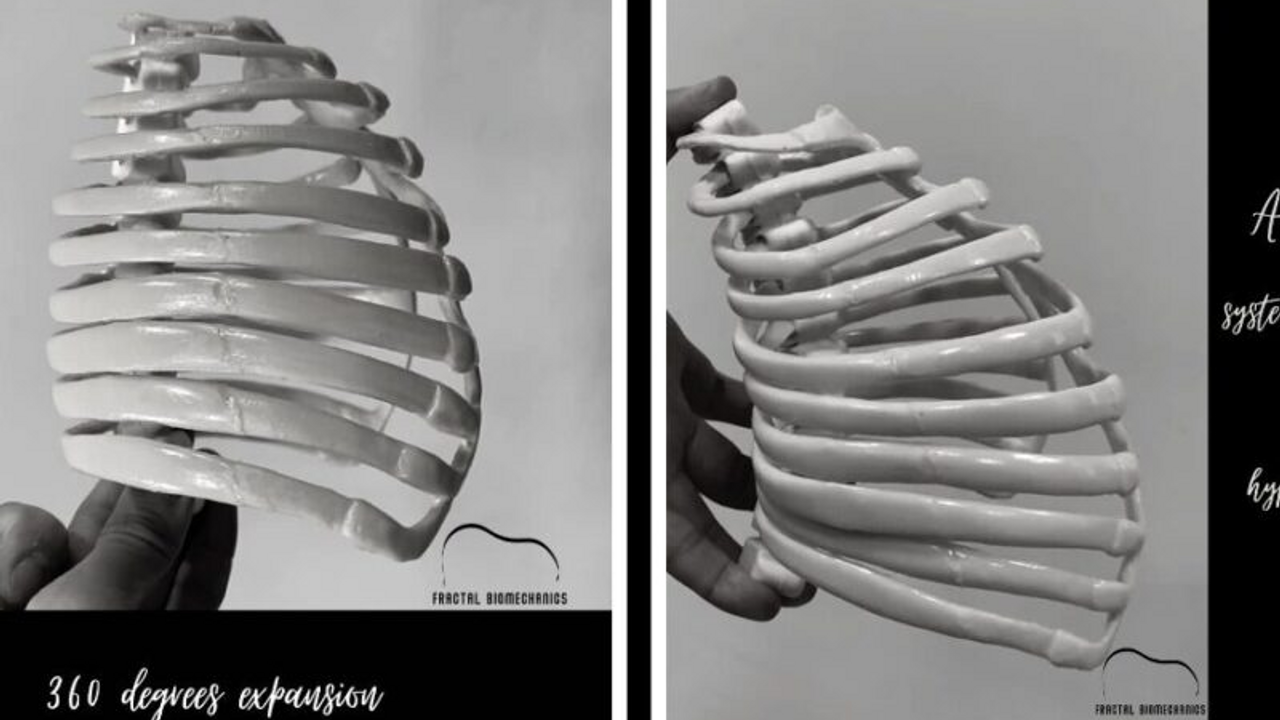 THE RIBCAGE AND HYP

How the ribcage should ideally look like. This ribcage can expand very well from all the... 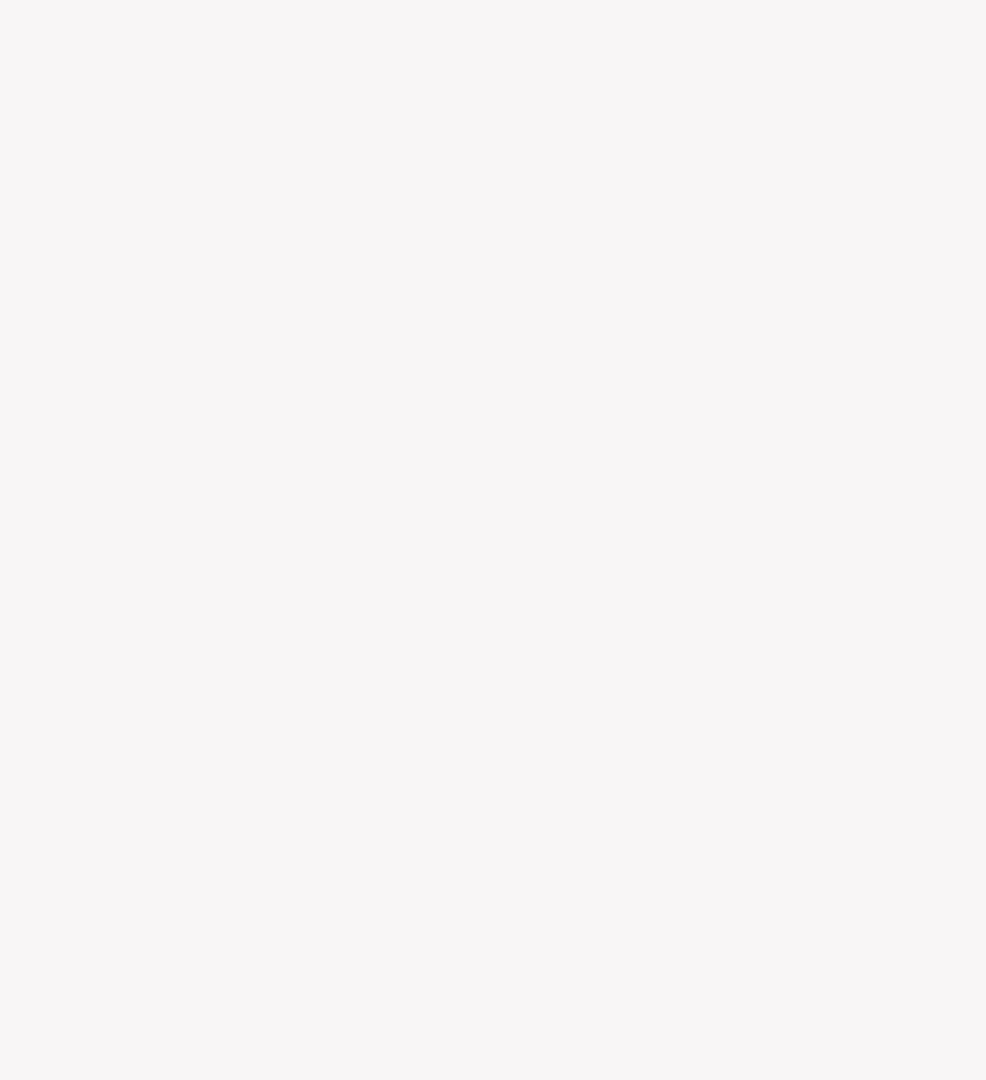